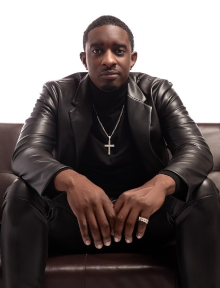 As a stand-Up, Desi has quickly risen through the ranks and become a force on the road in just a few years. Desi is back with the "Purpose Chaser" tour to begin 2023. After embarking on his own 50 city tour in 2022, selling out headline dates both nationally and internationally.  In addition to being a favorite at colleges, selling out comedy clubs, and transitioning into theaters. Desi has also toured arenas with Mike Epps, Deray Davis, Kountry Wayne, Gary Owens, Lavell Crawford and more. With his ever growing fanbase, Desi continues to establish himself as one of stand-up’s stars of today and the future.

As an actor Desi appeared in the Will Packer film, Little starring Issa Rae and Regina Hall. Additionally, Desi was in the film Merry Wish-Mas produced and directed by Terry J. Vaughn, as well as playing a role in the movie Love By Chance. Many legends in comedy have been major supporters, specifically Kevin Hart who has mentioned Desi as the "next great" talent.

As a content creator, Desi has made over 3,000 original videos to date. Desi Banks Productions creates writing and production opportunities for aspiring actors and provides a platform to disseminate creative compelling content to the masses. In addition to helping elevate the stars of tomorrow, he’s also made content with the stars of today including Ludacris, 21 Savage, and others.

DESI BANKS is an Atlanta comedian, actor, and writer that is known for his short videos showcasing his unique characters. Banks developed a skill for making people laugh through various social media platforms. This Atlanta native proves himself to be a charismatic, comedian genius that serves as all of your favorite people combined into one. You might know him for his characters: Lil Johnny, Keisha, Grandma Resa, and Uncle Earl, but he’s also finding his way to the stage doing standup, as well as acting. From being featured in movies like ‘Love by Chance’ alongside Terri J. Vaughn, Atandwa Kani, and Clifton Powell or collaborating with Wild N’ Out star, B. Simone to create unremitting content; he’s always working.