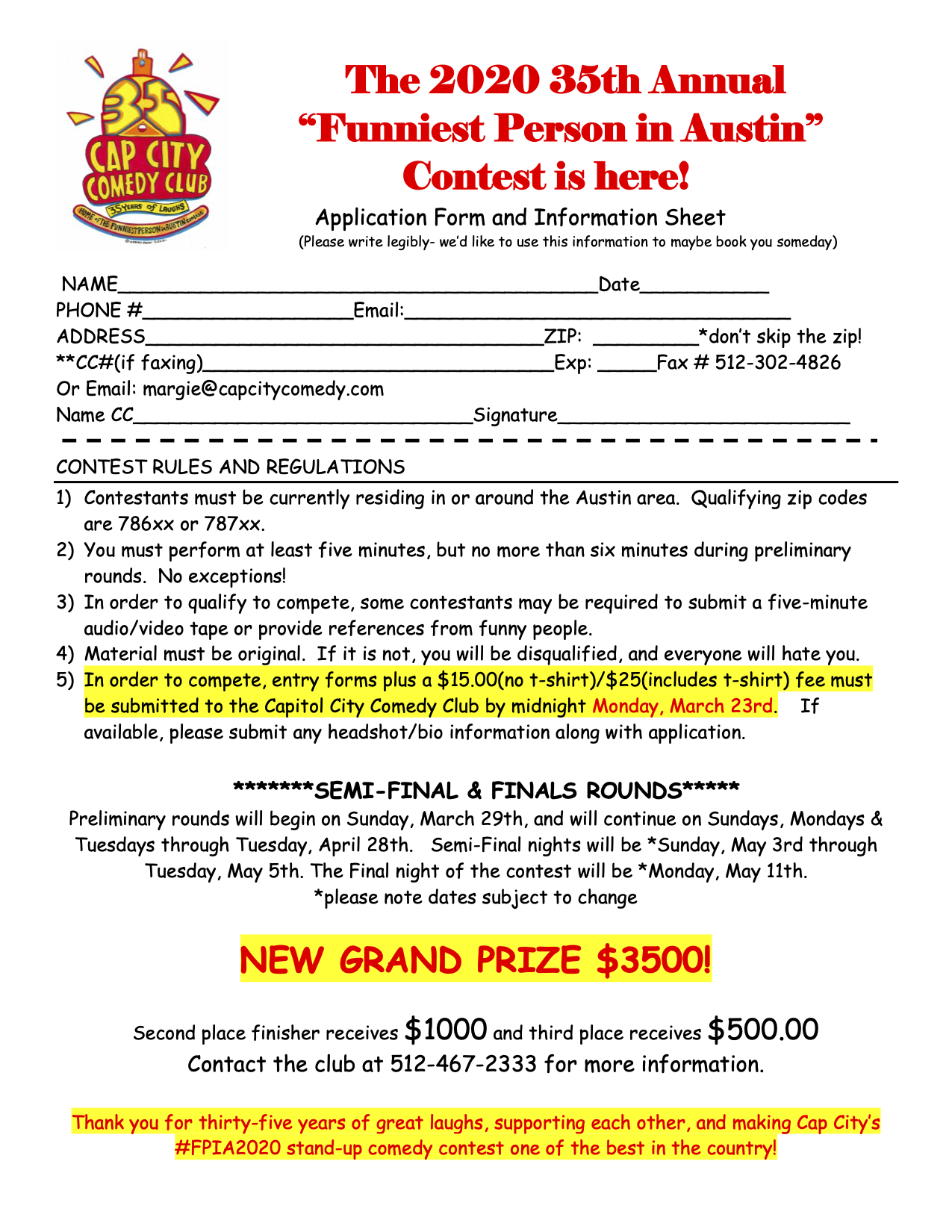 Click on the image to download a PDF version of the application to fill out, and submit to info@capcitycomedy.com OR apply and make competition payment online.

Every year 200+ local comedians compete over a period of six weeks for the crown of "Funniest Person," and subsequent (possible) fame!

will be held *Sunday, June 7th, through *Tuesday, June 9th.

And the top competitors from the Semi-finals move on to the Final Night of the contest, June 15th, where the Funniest Person in Austin is crowned.


Keep an eyes open for annoucements about the next competition!